Caramel Apple Pie Cupcakes:  Layers of vanilla and toffee cupcakes with dulce de leche and apple pie filling tucked in between and topped with a cinnamon cream cheese frosting. 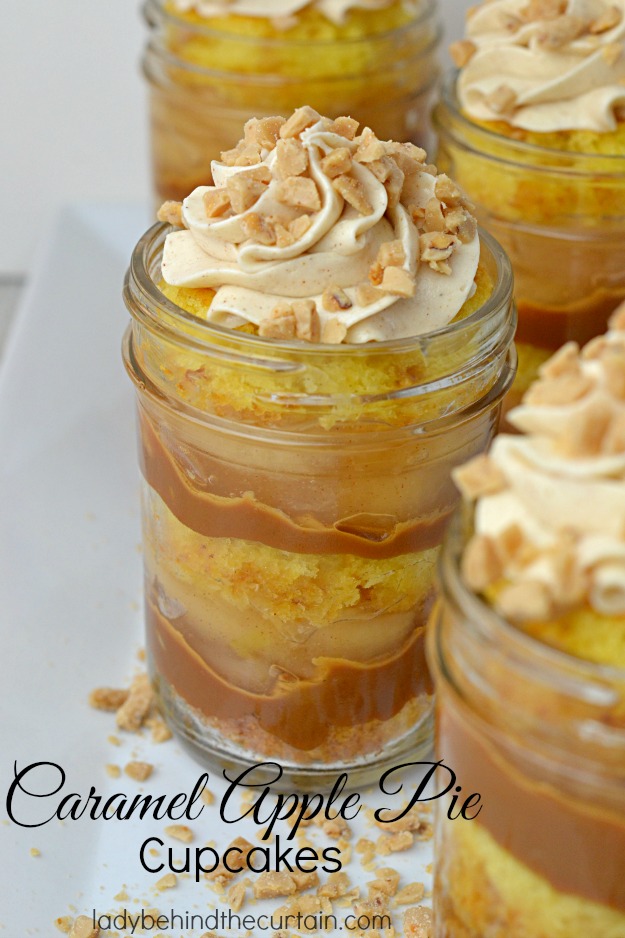 This cupcake in a jar dessert brings it!  Normally when I make dessert for a dinner party I make three kinds.  I know a little too much but I like my guests to have a variety to choose from.  This dessert can stand on it’s own!  Filling and satisfying.  With a total of 1 1/2 cupcakes per dessert.  Add the lid for a delicious cupcakes to go party favor! 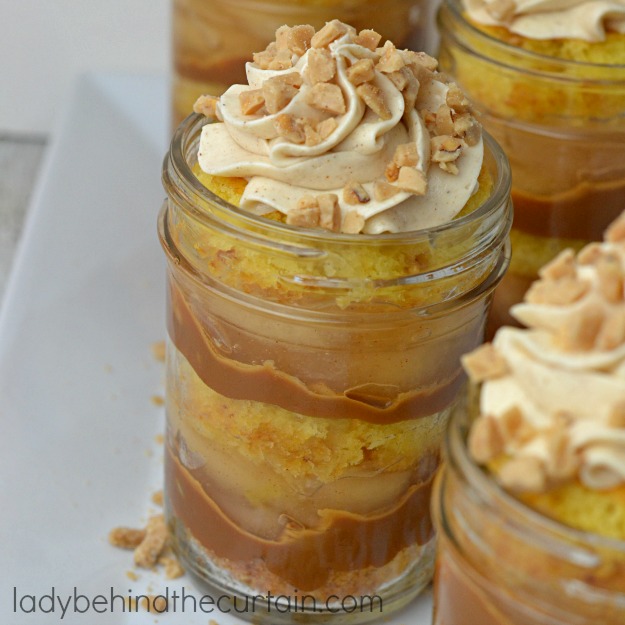 NOTE:  If you are having a hard time finding toffee bits substitute butterscotch pudding for the vanilla pudding.  That should give you a nice caramel flavor.  For the topping just heat up some of the leftover dulce de leche and drizzle on top of the frosting.  For added flavor add a sprinkle of sea salt on top of the caramel.

NOTE: You may have to trim some around the top edges to fit into the jar.

TIP: If the caramel is too thick (take it out of the can) pop it in the microwave 30 seconds to help drop it into the jar. I heated it enough to pour into a squeeze bottle, let it cool enough so it wasn't steaming hot and squeezed into the jar.