Store Bought Biscuit, Cinnamon Roll and Crescent Roll Donuts | Transform these store bought items into crispy on the outside and tender on the inside out of this world donuts!  It would be super fun to make a donut bar out of these with an assortment of toppings and icings. 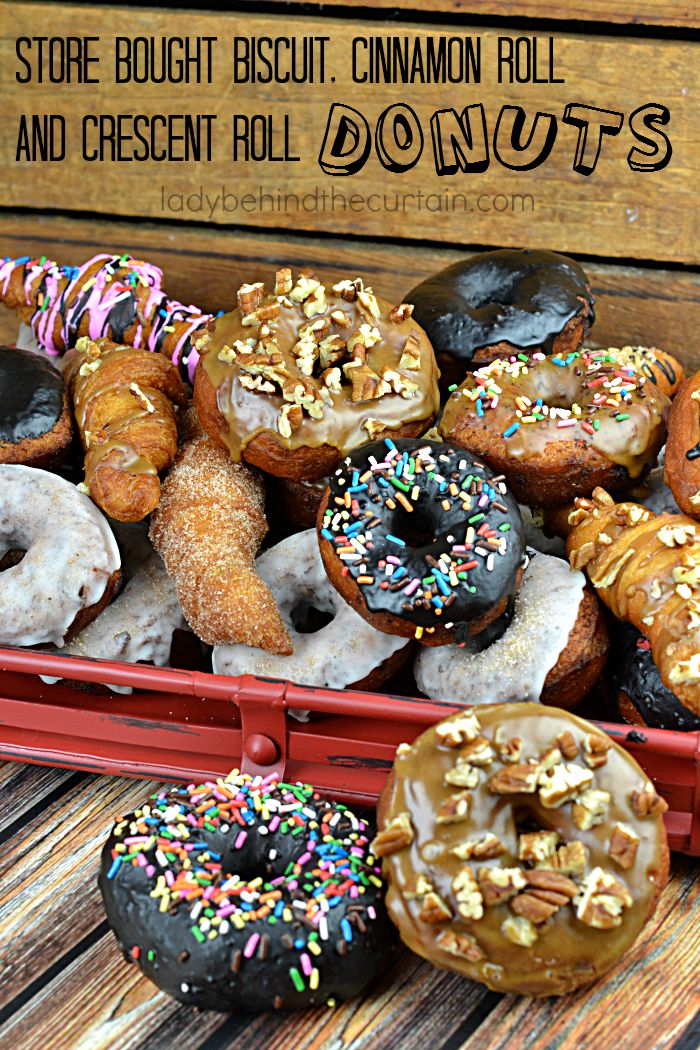 I’m so excited to show you how easy it is to make unique donuts. Plus sugar cinnamon topping, maple, strawberry and dark chocolate icing.  Your guests will think you got up at the crack of dawn to make these but Shhh…….no one has to know that it doesn’t take that long to be able to serve a tray full of goodies! 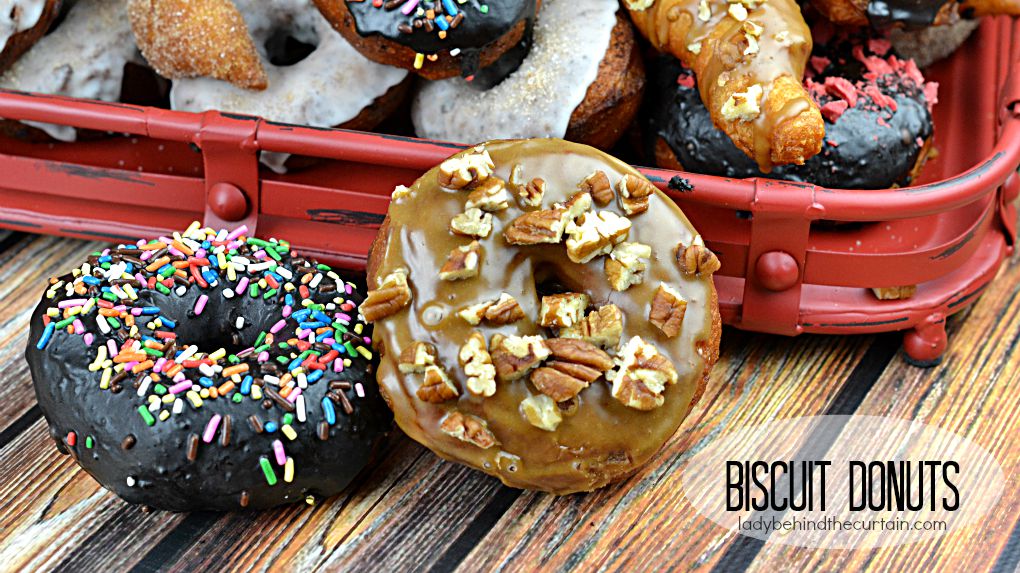 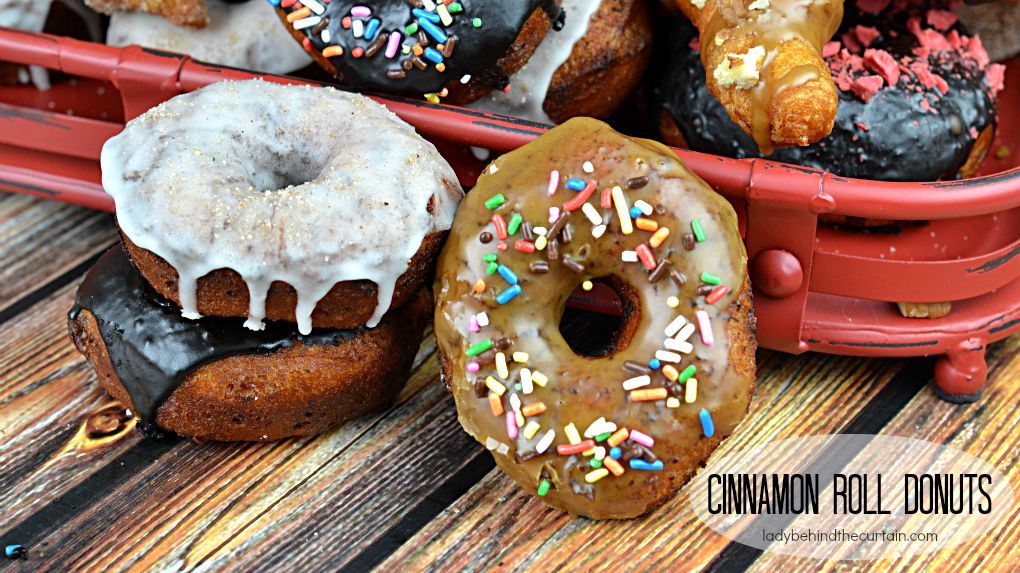 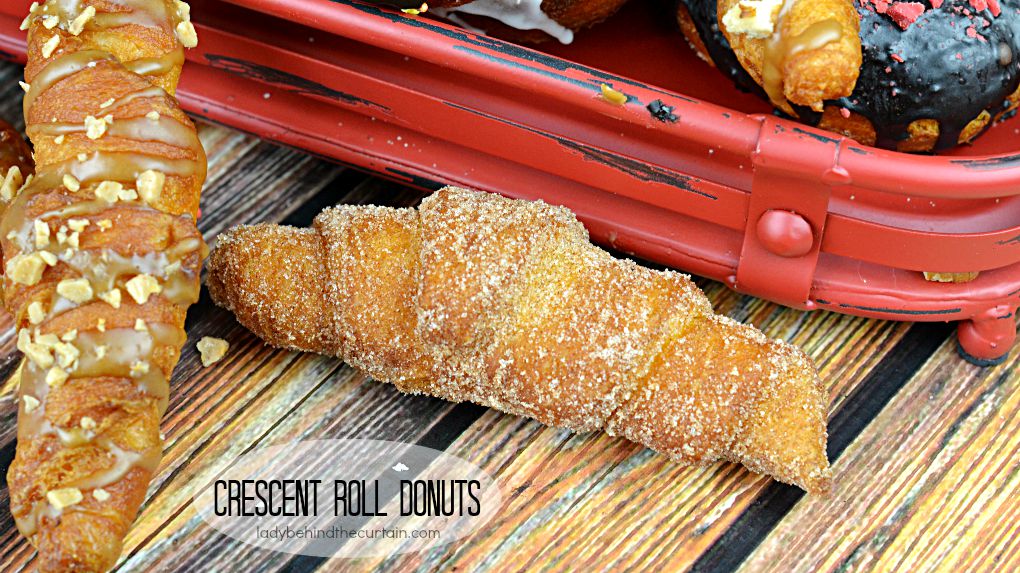 It was fun to see that the crescent rolls actually kept their shape!  They looked just like a crescent roll but with yummy goodness on top!  ALSO…..If you are planning on frying up this delicious assortment I would HIGHLY RECOMMEND frying the cinnamon rolls LAST!  They will leave a sugar residue in your oil…even though I have to admit THEY WERE MY ABSOLUTE FAVORITES especially the ones with maple icing on them!

For the Chocolate Icing:

For the Maple Icing:

For the Strawberry Icing:

For the Cinnamon Sugar Topping:

For the Crescent Roll Donuts:

TIP - Don't have a thermometer? Dip the end of a wooden spoon into the hot oil and if it bubbles then the oil is ready.

NOTE - if rolling in cinnamon and sugar mixture do it while the donuts are still hot.

For the Biscuit Donuts:

For the Cinnamon Roll Donuts:

For the Chocolate Icing:

For the Strawberry Icing:

For the Maple Icing:

For the Cinnamon Sugar Topping: