Grandma’s Gooey Cinnamon Rolls |  These old fashioned cinnamon rolls are just like my grandma used to make.  They often refer to these rolls as pie crust or pie dough rolls.  Back in the depression moms and grandmas would make cinnamon rolls from the pie dough scraps.  All the kids would wait by the oven in anticipation of devouring them!  They bring back sweet memories of Christmas with my grandma.  If you were lucky you would be the first to know and get more than one! 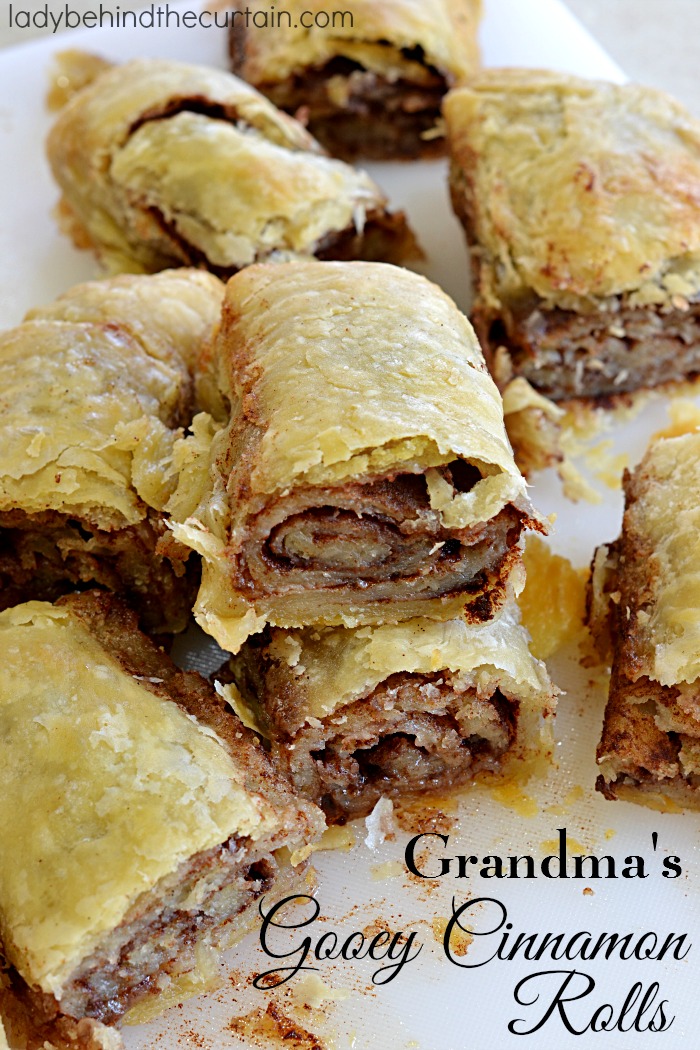 During the holidays my grandma Reed always made these gooey cinnamon rolls.  You could say they were a Christmas Tradition and always requested.  In fact we would have family friends call ahead and reserve a roll for them before we ran out!  I love that there is NO rising involved.  YEP, that’s right NO YEAST!  Just buttery goodness!  Unlike the typical cinnamon roll that is sliced before baking these rolls are sliced after they bake.  It’s because of that little difference that these rolls stay doughy on the inside and flaky on the outside.  Just like they should be!

These old fashioned rolls essentially fry in butter!  So…..leave your calorie counting app alone for this one!  Watch full “how to” video below.

Separate dough into 4; roll into rectangles and add the butter, sugar and cinnamon.  Add ALL four to the pan and bake. 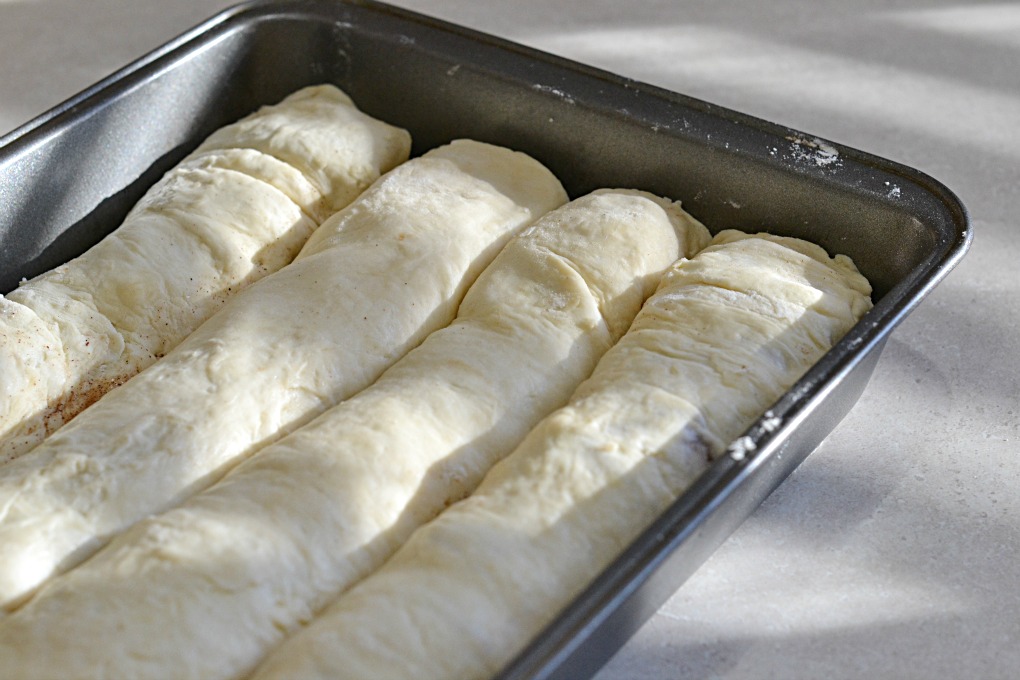 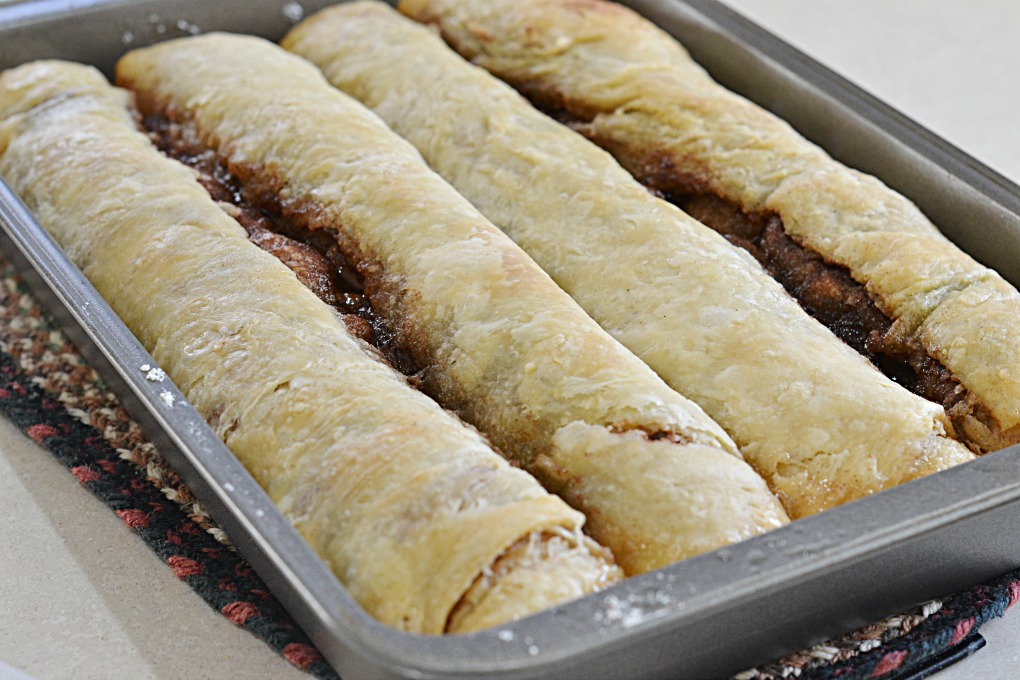 As soon as you can handle the rolls, take them out of the pan onto a cutting board to cool. 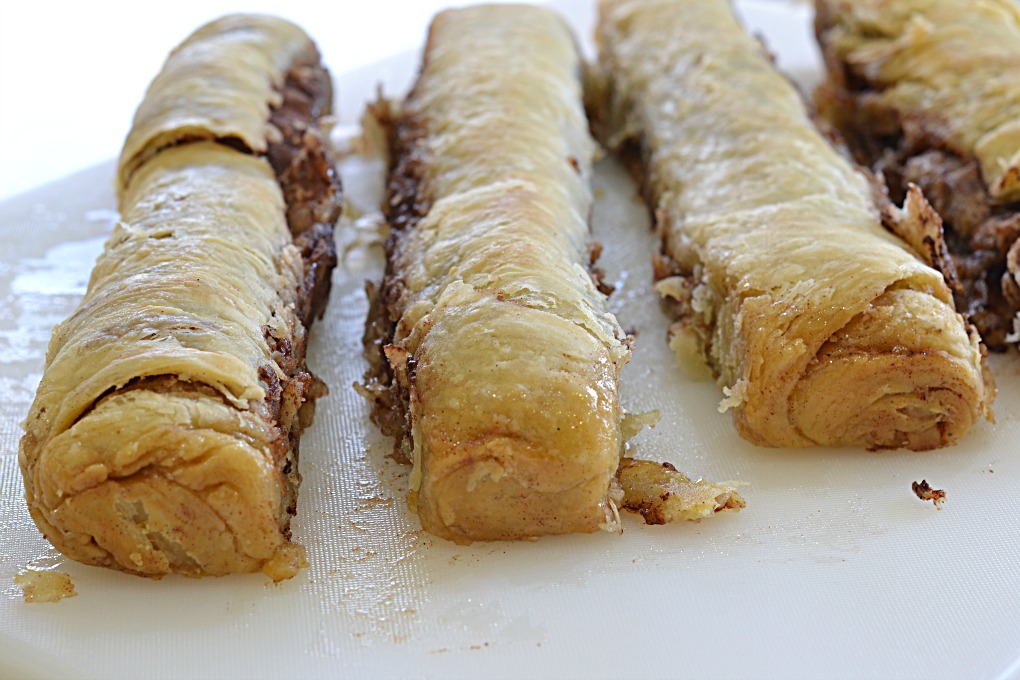 Cut each roll into 4 large pieces or 8 small. 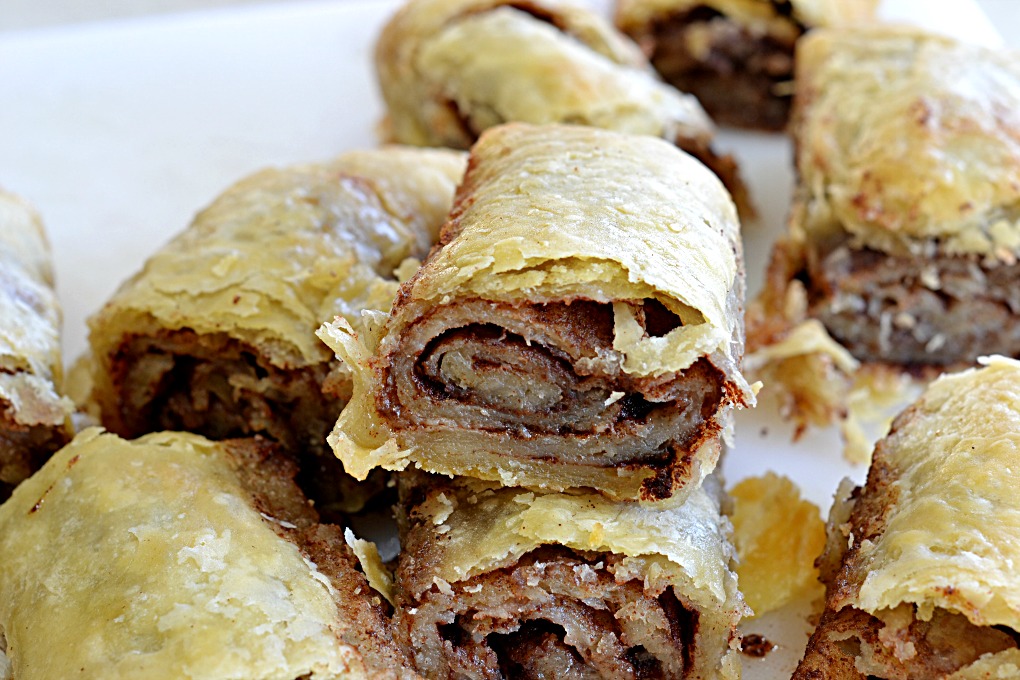 NOTE: Don't be worried when baking, if it looks like all the butter has come out, it hasn't. The rolls essentially fry in butter.