Old Fashioned Apple Spice Cupcakes | Your Grandma’s famous spice cake recipe turned into cupcakes and topped with a Cinnamon Apple Cream Cheese Butter Frosting.  Filled with the warm spices of Fall, these incredible cupcakes are without a doubt the best cupcakes I’ve ever had!  Just the right amount of the spice with a frosting that is packed full of apple bits.  Perfect for Game Day or a Fall Party.  This recipe makes 48 cupcakes which makes them great for parties…..like tailgating. 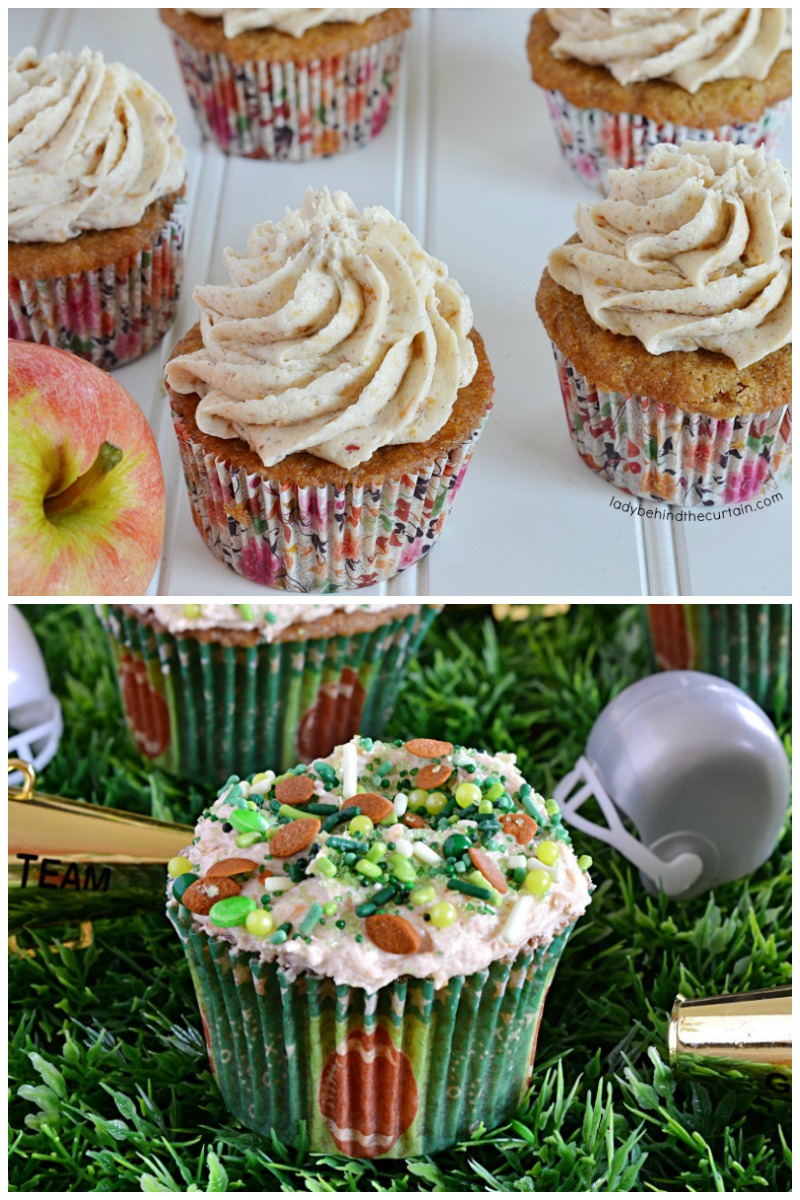 The secret to getting the full flavor of apple in the frosting is grinding up freeze dried cinnamon apples. 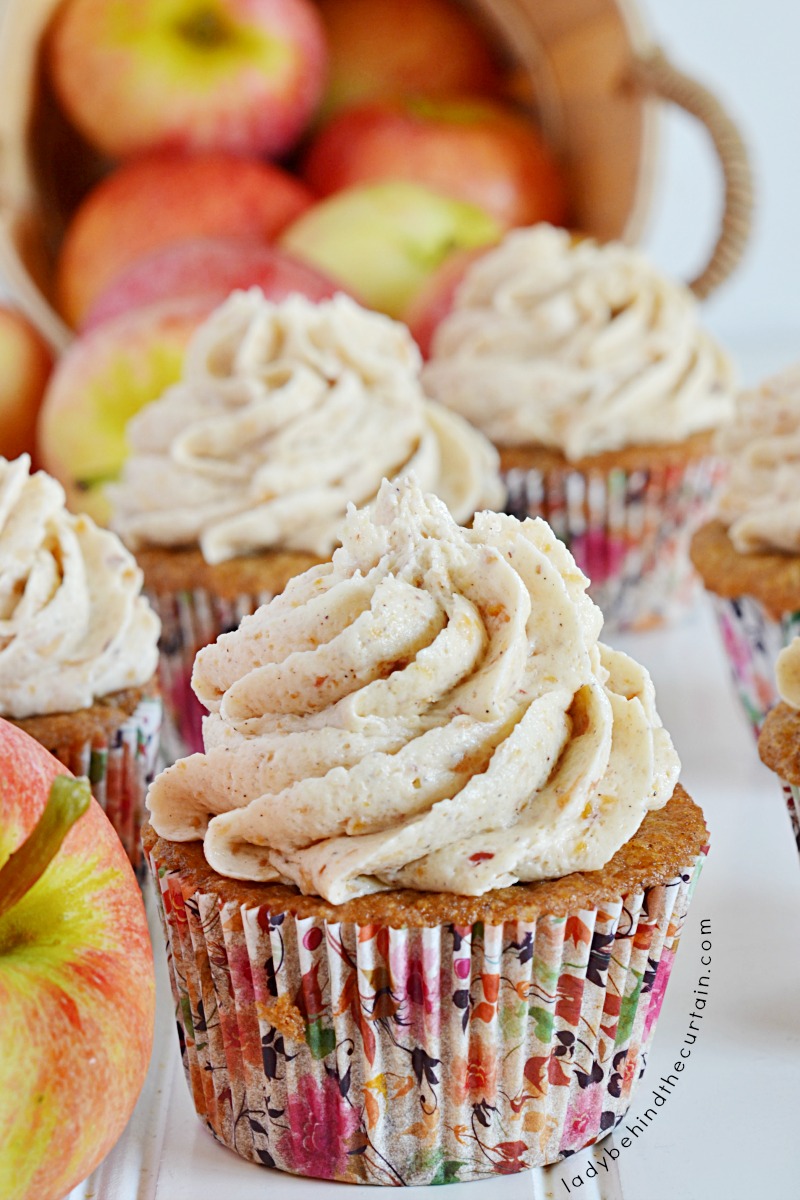 Sometimes when fresh fruit is added to a frosting it can make the frosting too thin and the way most people correct that problem is by adding more sugar to the recipe.  The recipe turns out really sweet with little to no fruit flavor.  Click here for the frosting recipe—->>>>CINNAMON APPLE CREAM CHEESE BUTTER FROSTING RECIPE.  NOTE:  TO HAVE ENOUGH FROSTING FOR THIS CUPCAKE RECIPE, YOU’LL NEED TO DOUBLE THE FROSTING RECIPE. 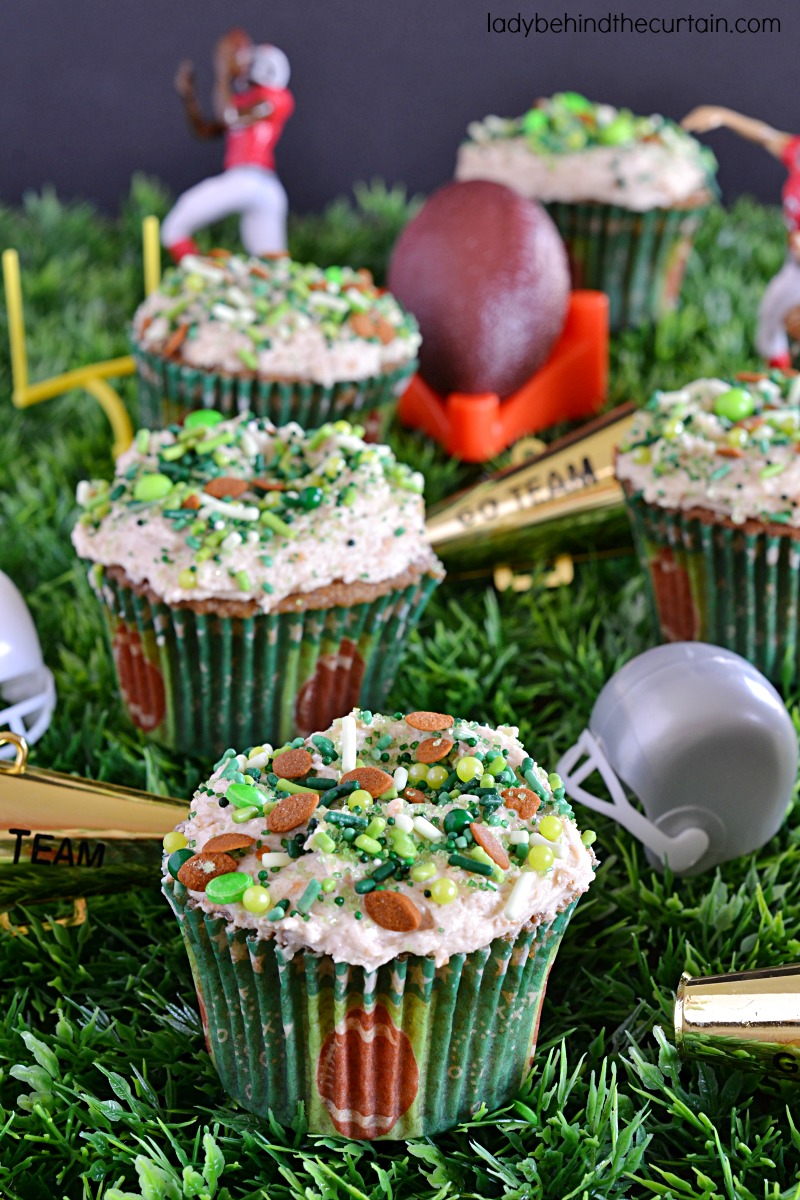 Celebrate with me the beginning of Fall with these Old Fashioned Apple Spice Cupcakes! 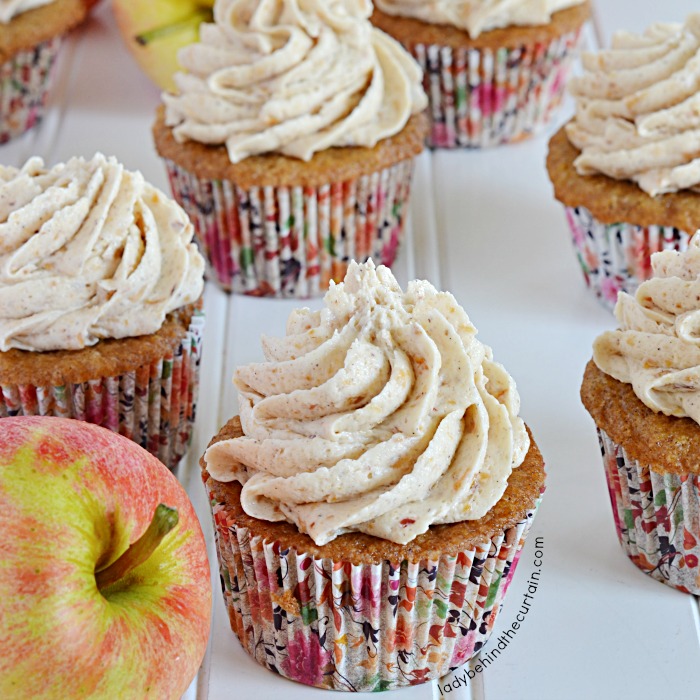 In a large bowl, add flour, cinnamon, nutmeg, ginger, salt, baking soda and walnuts.  Whisk together.  In a large mixing bowl, add the butter and sugars.  Beat until light and creamy.  To the butter mixture add the eggs and vanilla.  Beat until combined.  Alternate flour mixture and sour cream into the butter mixture.  Beat until light and fluffy.  Use an ice cream scoop and fill each cup two-thirds.  Bake 15 to 18 minutes or until a wooden toothpick inserted into the center comes out clean.  Cool completely before frosting. 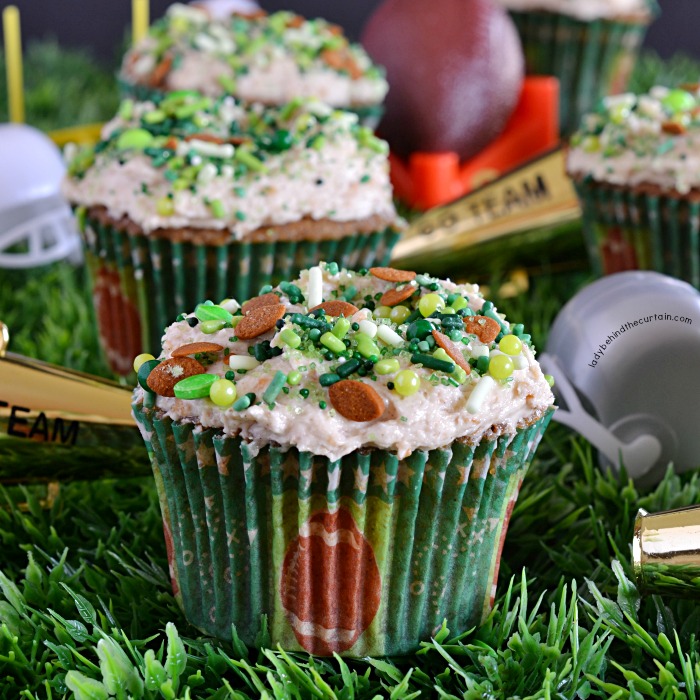