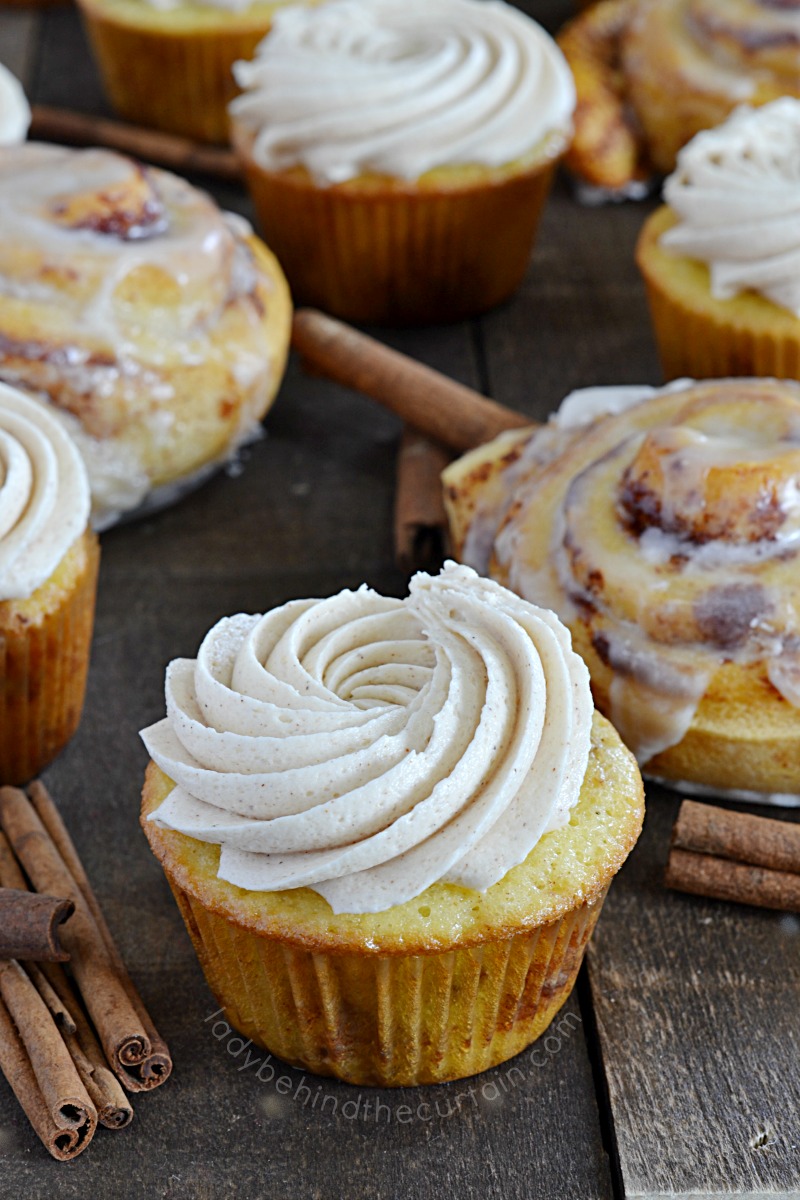 What makes these cinnamon roll cupcakes like eating a cinnamon roll other then the frosting is the filling.  Every good cinnamon roll has some kind of filling and this cupcake is no exception.  Filled and topped with brown sugar, pecans and cinnamon.  Sooooo….. YUMMY! 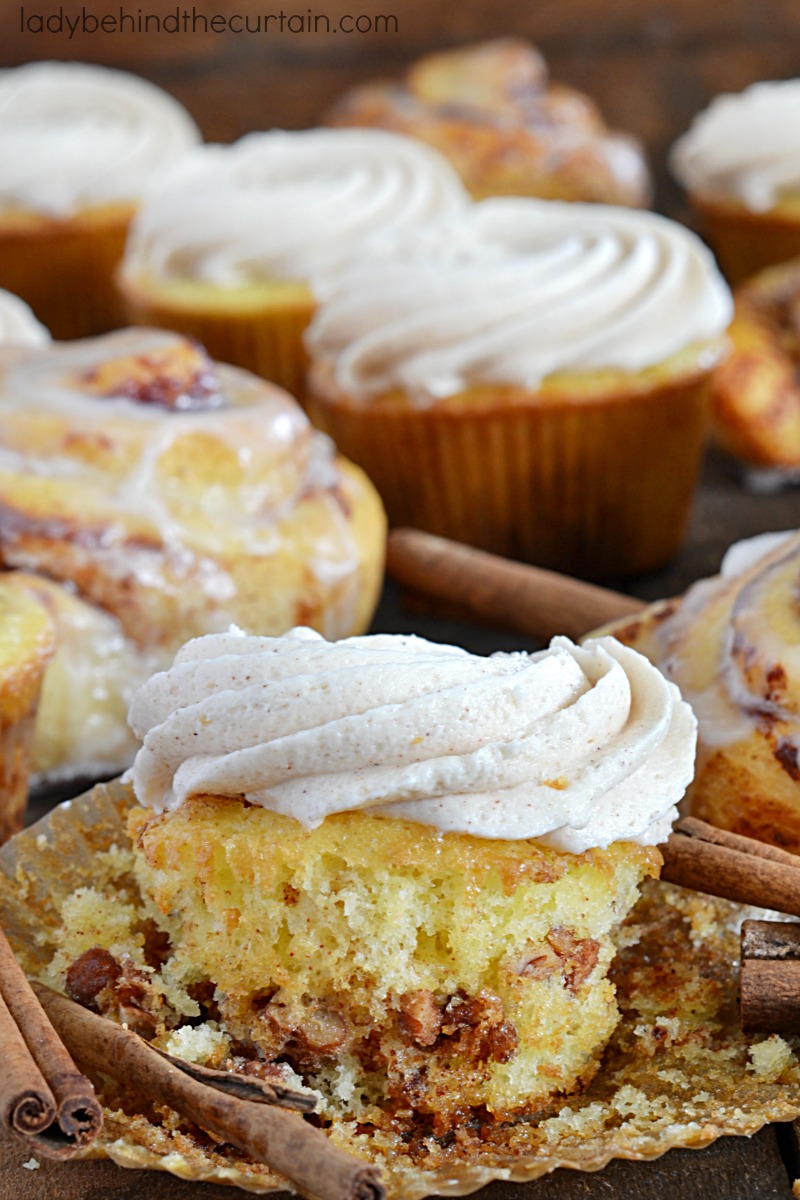 TASTES JUST LIKE A LIGHT AND FLUFFY CINNAMON ROLL!

The warm spice of cinnamon makes these Semi Homemade Cinnamon Roll Cupcakes the prefect Fall Cupcake!  For the full version of this recipe (not semi homemade) click here—->>>>CINNAMON ROLL CUPCAKES 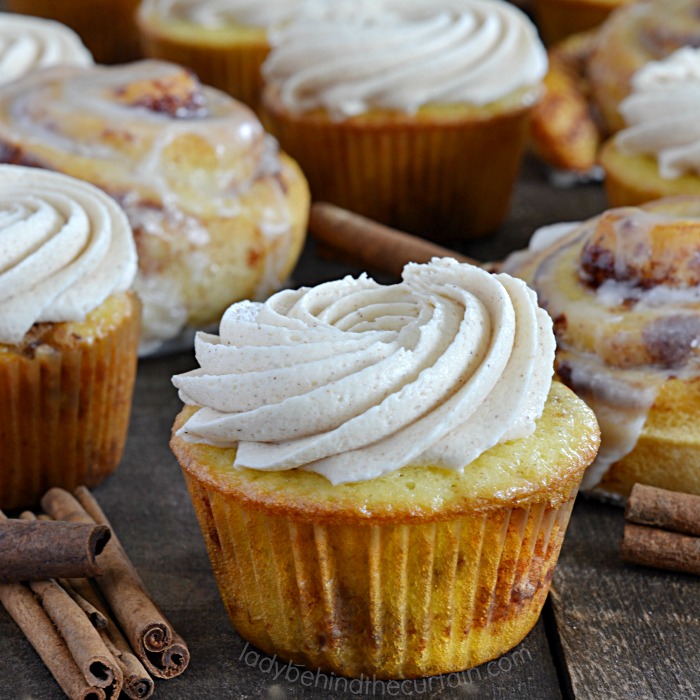 For the Cinnamon Filling

For the Semi Homemade Cupcakes

For the Cinnamon Cream Cheese Frosting

For the Cinnamon Filling:

In a small bowl stir together brown sugar, pecans, and cinnamon. Set aside.

For the Semi Homemade Cupcakes: 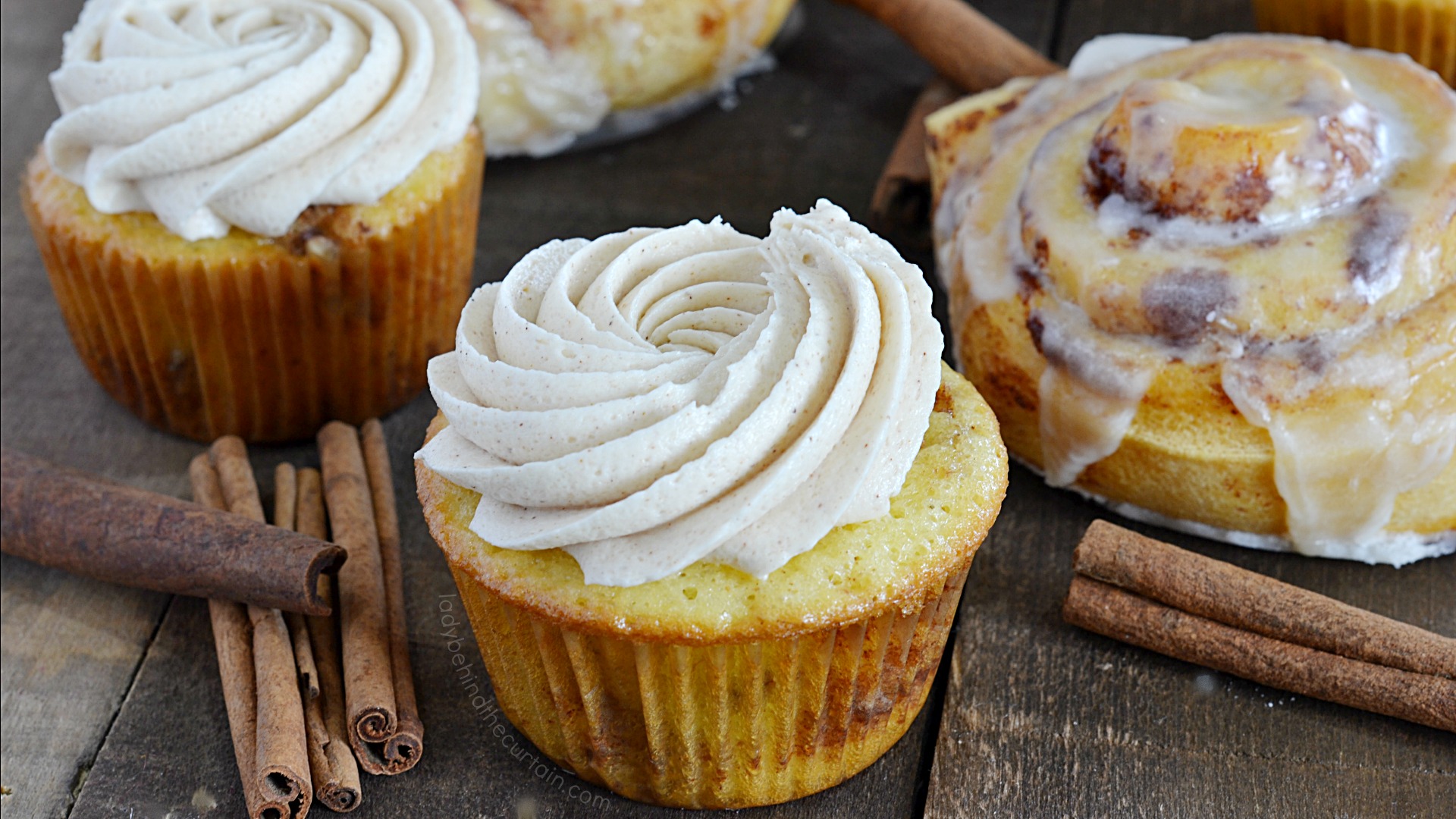