Cinnamon Roll Cupcakes | Tastes just like a light and fluffy cinnamon roll!  Two treats in one!  And….a cinnamon roll wouldn’t be complete without some yummy frosting.  How about Cinnamon Cream Cheese frosting?  Is it a cupcake or a cinnamon roll?  I’ll let you be the judge of that.  All I can say is they are delicious! 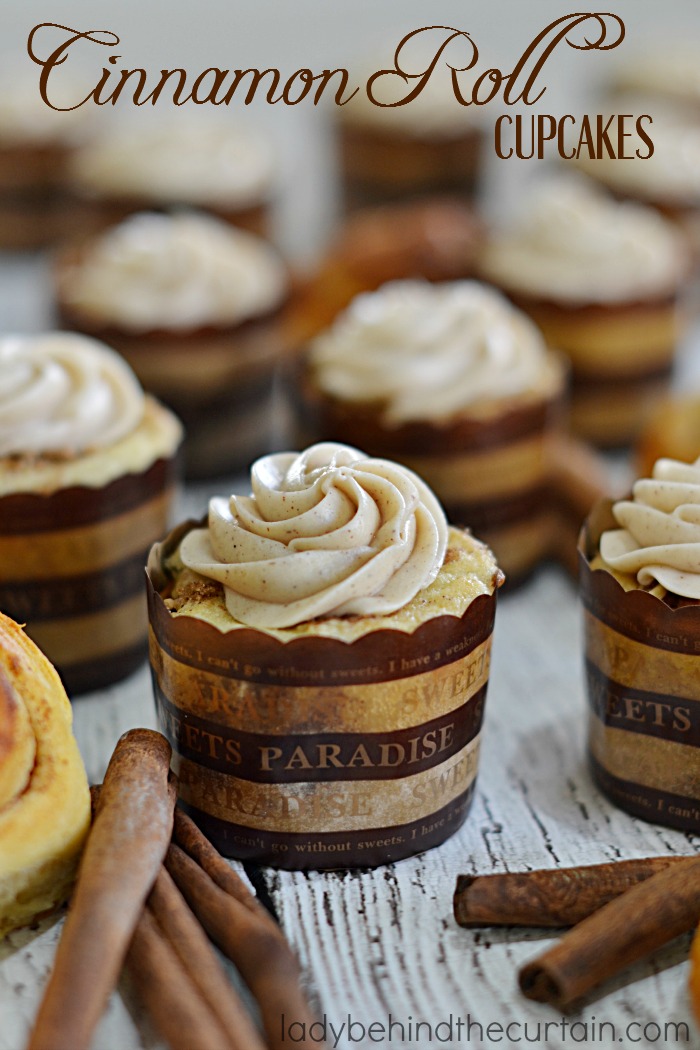 Wondering about the cute cupcake liners I used for these cupcakes?  I ordered them from Welcome Home Brands.  I love how professional they look!

What makes these cinnamon roll cupcakes like eating a cinnamon roll other then the frosting is the filling.  Every good cinnamon roll has some kind of filling and this cupcake is no exception.  Filled and topped with brown sugar, pecans and cinnamon.  Sooooo….. YUMMY! 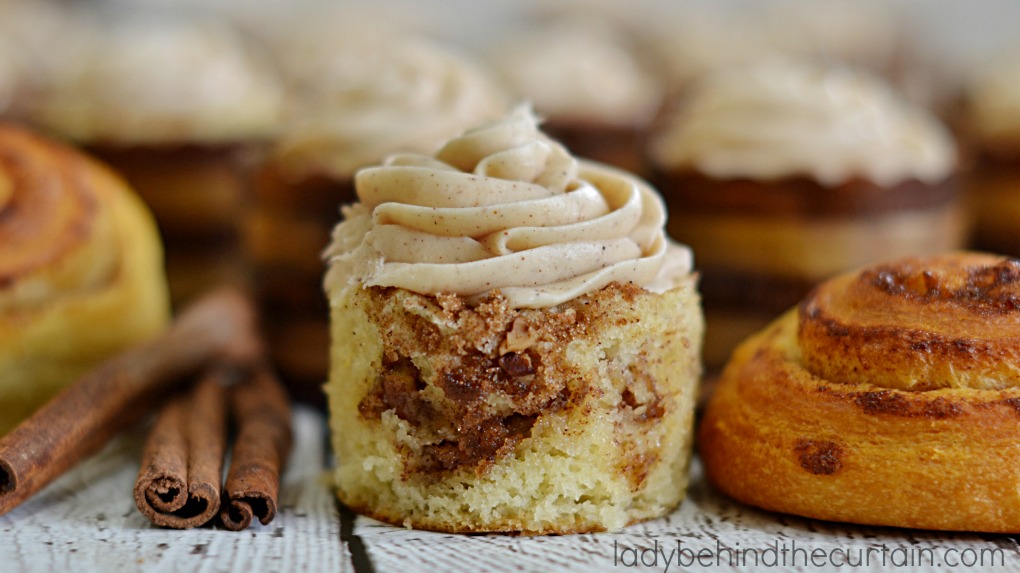 For the Cinnamon Filling:

For The Cinnamon Cream Cheese Frosting: 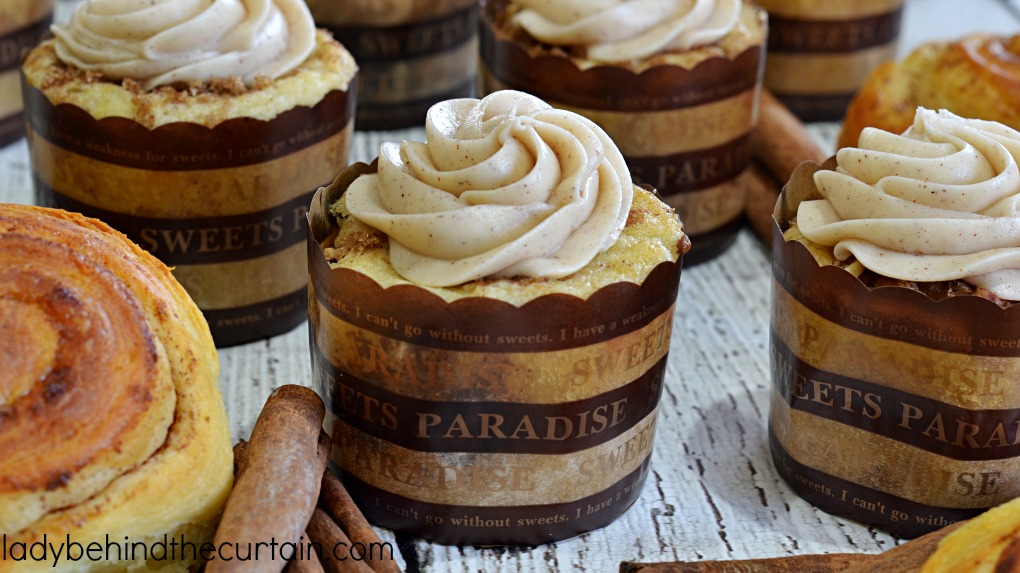