In the ever so brilliant words of my granddaughter “seriously…seriously?”  YES, these Cinnamon Blueberry Crumble Muffins are seriously as good as they look.  Make a pan of these and freeze them to bake at another time.  Like Easter or Mother’s Day. 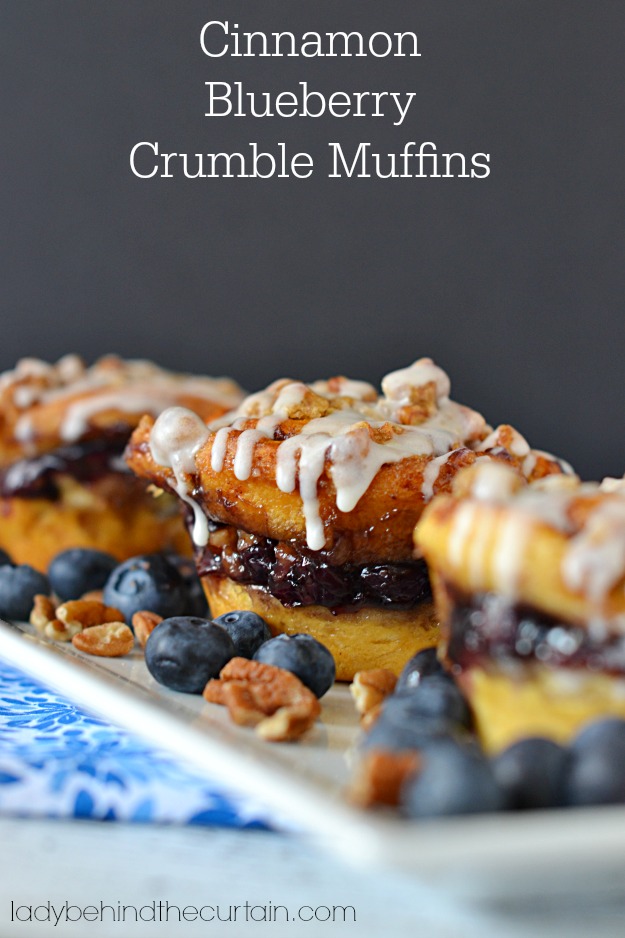 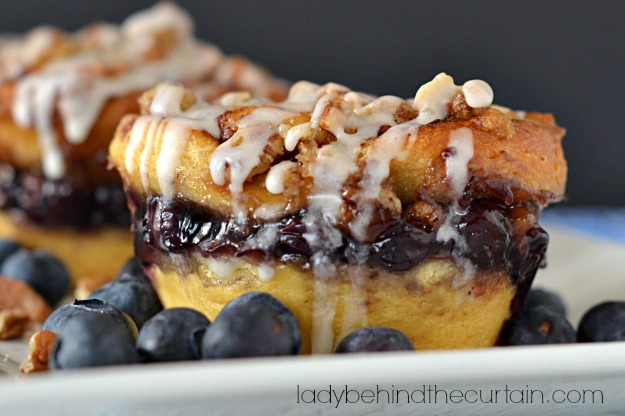 Do you like gooey cinnamon rolls?  That’s kind of a silly question because in my book that’s the ONLY way to eat a cinnamon roll.  If the answer is YES!  Then these Cinnamon Blueberry Crumble Muffins are right up your alley. 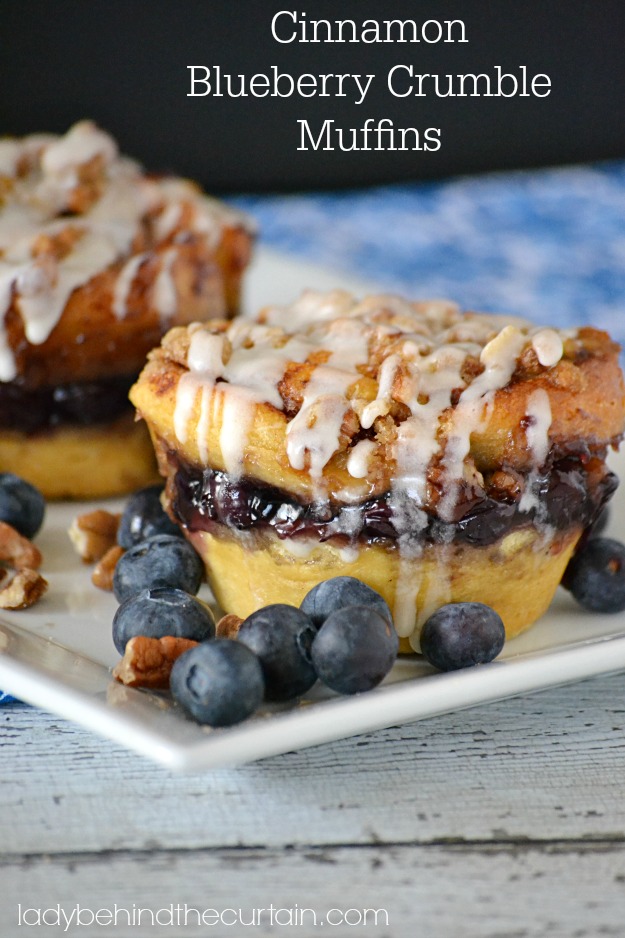 All you do is cut a Pillsbury Cinnamon Roll, add blueberry pie filling and some crumble and presto!  You have just re invented the cinnamon roll! 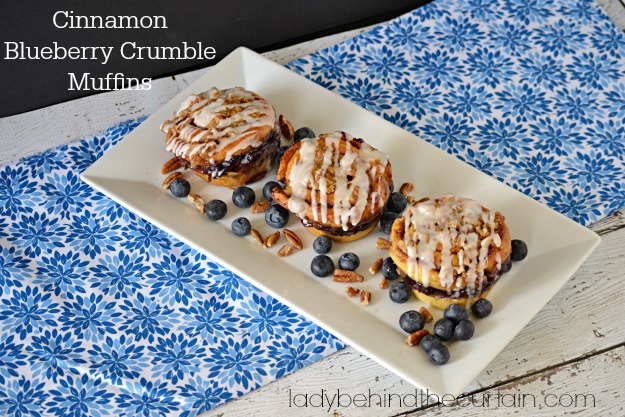 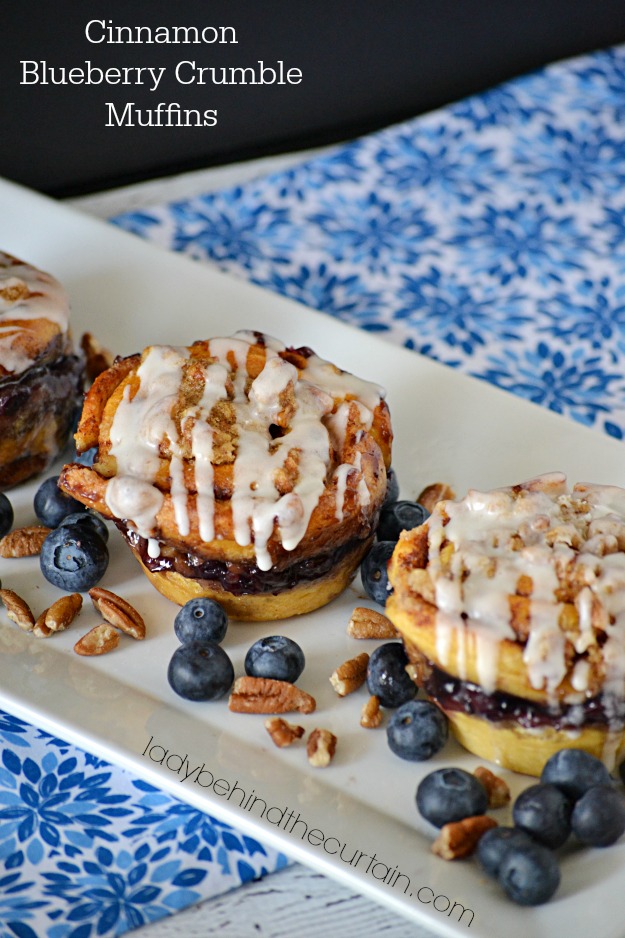 Store bought cinnamon roll are the best!  You can also make something fun for the kids like my MINI CINNAMON ROLL I bake in a ketchup cup or my UPSIDE DOWN CINNAMON APPLE COFFEE CAKE. 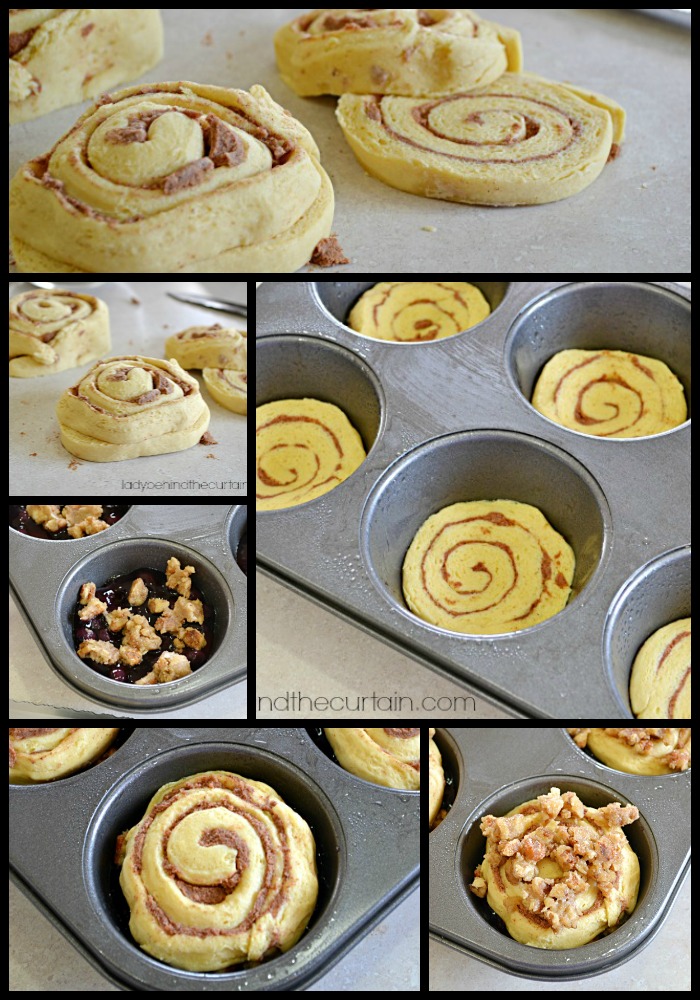 Create your own Recipe Box and save your favorite Lady Behind The Curtain recipes.  Make a Meal Plan with your favorite recipes and ZipList will automatically add the ingredients to a Shopping List.

For the Icing Drizzle:

For the Cinnamon Rolls:

This recipe is from Lady behind The Curtain

Valentine's Day Party in a Can: Upcycle your cans

This Steakhouse Burger is packed with layers of fl